KNU International Students Tour Korea
Friday, November 6, 2020:  As autumn set in, a group of Exchange Students and Double Degree Students were able to enjoy some beautiful Korean sites via a COVID conscious Cultural Excursion.
First on the stop: Haeinsa and the Tripitaka Koreana.  This temple was built in 802 and in 1995 became an official UNESCO World Heritage Site.  Haeinsa is most notable for being the home of the Tripitaka Koreana, the whole of the Buddhist Scriptures carved onto 81,350 wooden printing blocks, which it has housed since 1398.  It is the world's most comprehensive and oldest intact version of Buddhist canon in Hanja script, with no known errors in the 52,330,152 character script.
Next, students were taken to Hapcheon Movie Park, a famous filming studio in Korea.  Thanks to the Korean Wave, many international students at KNU are familiar with Korean cinema.  Some notable sets within the Hapcheon Movie Park include a full replica of the “Blue House,” the executive office and official residence of the Korean Head of State, a full sized mock-up of the streets of Korea under the Japanese occupation, and the set used for the Provisional Government of Korea in Shanghai, China during said occupation.
Along the way, students stayed distanced on the busses and always wore masks.  At the final stop, students were able to enjoy some Kimbap at an outdoor park before returning home, safe and sound, to Kyungpook National University.
KNU looks forward to more of these trips, when the ongoing pandemic allows it to be done safely. 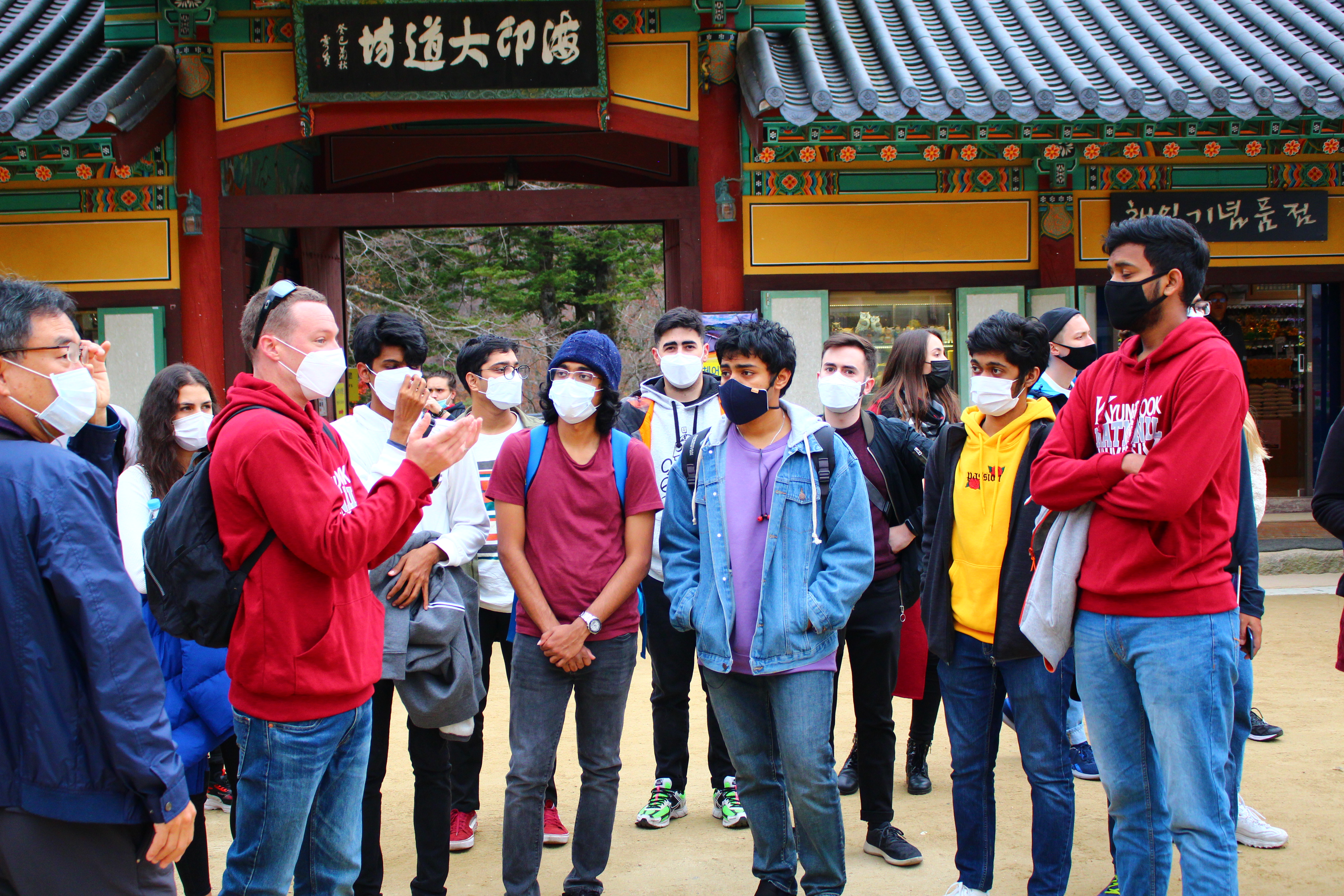