Kyungpook National University (KNU) has secured KRW 78.7 billion for new facilities in the Korean government budget of 2022. The resulting expansion of education and research infrastructure is expected to strengthen the competitiveness of the university.

With the budget, KNU plans to build a Creative Convergence Education Center, a facility for education regarding culture and leisure, on its Sangju Campus. A total of KRW 23.4 billion is to be invested, with the designing of the blueprint to begin next year. The center is projected to be completed by 2025 and will include a multi-purpose gymnasium, a regional cultural welfare center, a foreign education support center, and a seminar hall. Not only will it contribute to the revitalization of the region by meeting demands for the currently insufficient leisure and cultural infrastructure in the area, but also by establishing a foundational infrastructure to attract national events.

KRW 44.58 billion of the budget also plans to be invested in improving student living conditions by renovating old dormitories of KNU Daegu and Sangju Campuses (Songsilgwan, Jajugwan) newly into Build Transfer Lease (BTL) dormitories. The renovation of these dormitories follows student reports of continual inconveniences caused by the deterioration of facilities as well as the old infrastructural design of shared shower facilities and 4-person rooms. Most of the newly built dormitories will accommodate 970 people in double rooms.

The College of Humanities building, built in 1979, will also be renovated with a total of KRW 8.1 billion to retain an online lecture and learning environment, promoting the digital transformation of educational infrastructure, as well as solar power and energy-saving facilities, promoting the carbon-neutrality of the campus.

The last remaining KRW 2.6 billion will be invested into the construction of a library for the middle and high school in affiliation with KNU College of Education.

Meanwhile, the Ministry of Education has reportedly increased its budget for the "Regional Innovation Project (RIS) for Local Government-University Cooperation," one of the largest public offering projects, by KRW 40 billion. Initially, the government had allocated a budget of KRW 30 billion (first year) to fund the project of creating a single platform, but recently allotted an additional KRW 40 billion to fund another platform. This increase in budget results from continual concerns raised by universities in Daegu and Gyeongsangbuk-do, including Kyungpook National University, to the National Assembly for an increase in government funds. Next year, as six regions, Daegu, Gyeongsangbuk-do, Gangwon-do, Busan, Jeollabuk-do, and Jeju-do, are qualified to apply for the RIS project, KNU plans to apply for various projects with Daegu and Gyeongsanbuk-do.

Two large-scale R&D projects promoted by Kyungpook University (a total of KRW 38 billion) are also reported to have been reflected in the government budget. 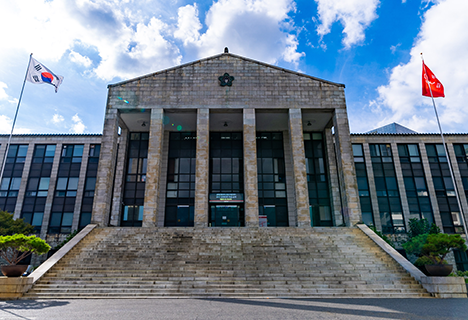