On August 30, KNU held the first official ceremony for the appointment of the members of the Diversity Committee in the 1st Conference Room of the Main Administrative Building.

The KNU Diversity Committee is an advisory body directly under the president established to protect and promote diversity as well as foster a university culture of social unity and development. It is composed of 15 professors, students, staff, and external experts, directed by the chair, KNU Professor Yoo-Kyeong Kim.

The role of the committee is to gather opinion on the protection of diversity, such as gender equality, develop educational programs on spreading values for diversity, and provide advice on relevant policies. In addition, a separate task force is to be formed to conduct related research, including an analysis of the current statistics for diversity on campus. 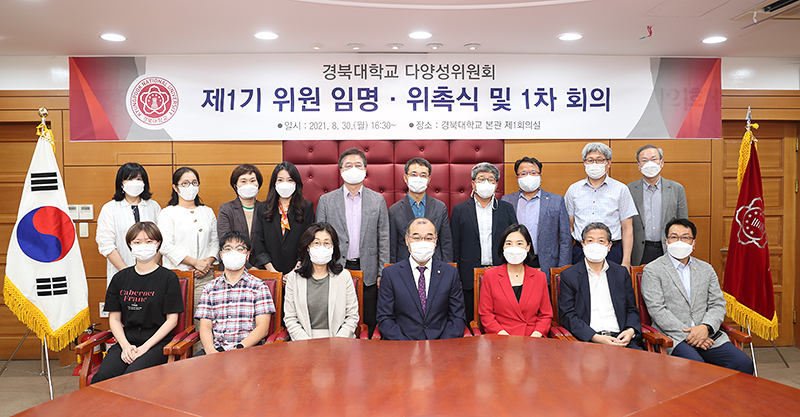